Missin the mountains and rain and overall coolness!!!!!

Our first stop was in CO.  Prior to all of us descending on my folks, Megan and Sam and Mom and Dad were very busy getting the house ready for all of the visitors.  Carpets were cleaned, wall paper torn down, bathrooms finished off, and probably more, I just can't remember everything.  The boys learned the hard way about the hardwood floors, and the fire place hearth, along with that sneaky step from the kitchen to the dining room.  But by the end of the week they were tearing all over the place with the rest of the kids.

The boys were asleep when Sean and his family arrived that first night.  I don't think Matthew and Seth knew what to think when they heard the clomping around from the room above .  They just kept watching as O'Jr kid after O'Jr kid came down the stairs.  By the time Kathy and her crew arrived that afternoon, I don't really know how much the boys noticed the change in numbers.

There were plenty of times people were called by the wrong name.  But, hey Megan and I are used to that.  I guess Seth and Matthew will have to get used to that as well.  Matthew latched on to Rebekah and Katelyn right off the bat.  I think by the end, though, they were pretty well smothered.   Seth did a pretty good job of smothering Paul that week as well.  Thank goodness Seth would go to other guys if absolutely needed.

I think the boys had a blast playing and eating outside.  They would park themselves near the kitchen door hoping some cousin would try to escape as well.  They loved the cat, they loved the swings, they loved the cliffs and really gave Paul a run for his money when it came to safety outside. 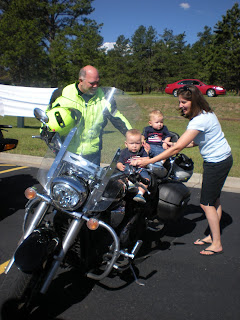 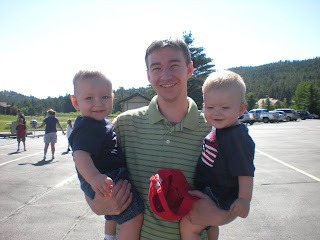 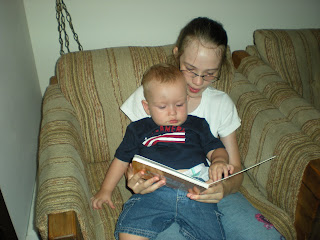 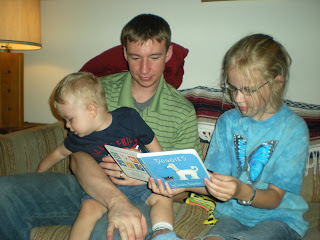 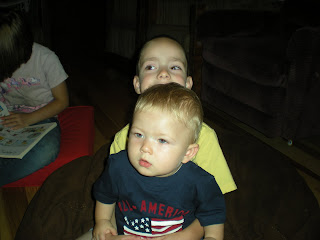 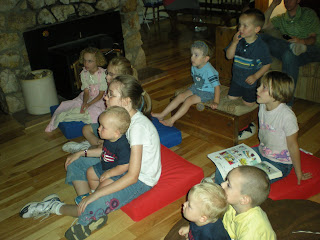 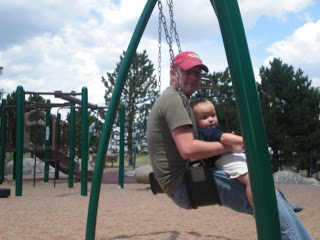 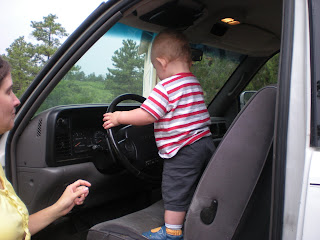 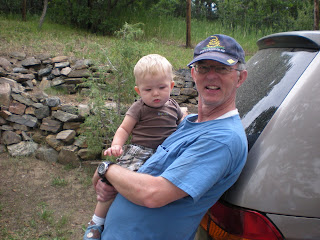 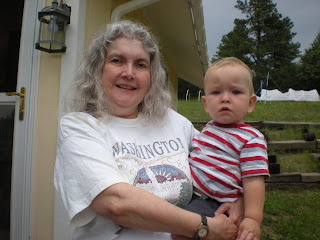 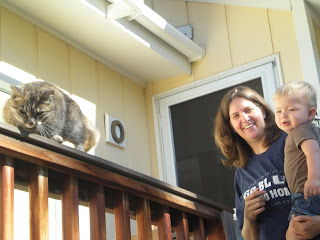