Paul and I decided that it would be cheaper to drive to CO and WY than to fly.  I'm still trying to get the gumption really look at all the receipts and see how things turned out.
Either way the boys, Megan and I took off one Friday morning and headed to CO, with the hopes of seeing Paul in a week when he flew to Denver.
We stopped in small  hot towns across TX to stretch legs, and refuel. Megan was a great copilot.  And I must say super flexible for a pregnant woman.  She was constantly having to retrieve toys or cups for the boys. After a day of stopping at one hot Texas park after another, it was decided that there was only one way to break the heat.... 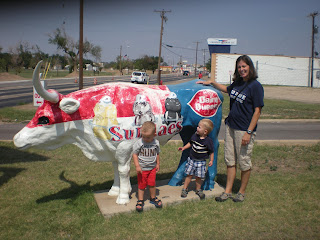 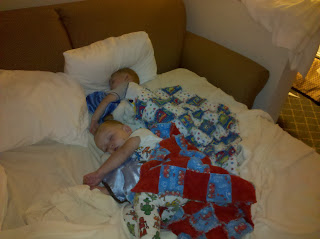 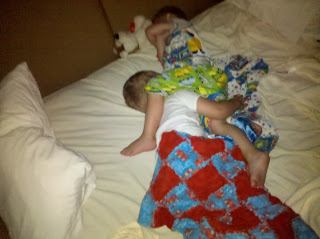 We stopped at a hotel in Amarillo and it was the first time the boys shared a bed since they were 3 months old.  I am so surprised they stayed asleep like this. 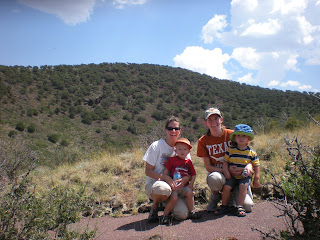 The second day we stopped at the Capulin Volcano in NM. Again, it was hot, so we quickly ate our lunch outside, had the boys run around as much as they could on the rim of a volcano, took some pictures, were swarmed by bugs, and then we bolted.  The closer we got to CO, the harder it was to take a break. 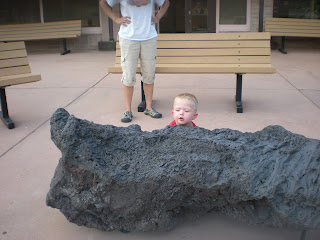 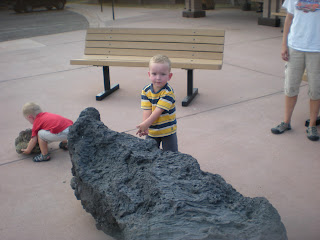 The boys were impressed with the big rocks at the visitor center and kept trying to pick them up.

We made it to CO and were welcomed by grandparents, aunts and uncles and cousins.  Even now after the trip has ended the boys are still asking me who random people are, like I would know them.  I did on vacation so why not at Target? We had many bumps and bruises which I called, "Texans meet the mountains" moments.  Go figure all of these moments happened before we had our family pictures taken in WY. 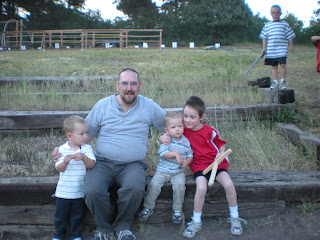 Sean with a few nephews 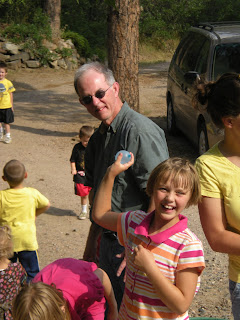 We had water balloon fights. 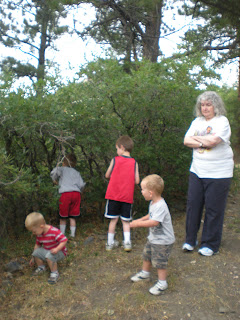 Played in dirt, lots and lots of dirt. 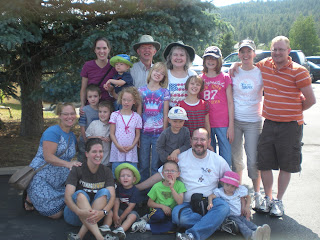 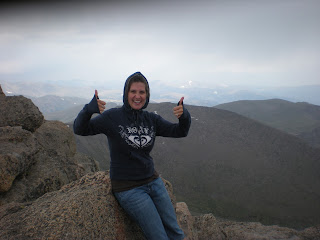 Drove to the top of Mt Evans elevation 14,265 feet.  The boys fell asleep somewhere up the mountain so I ran to the top to see the view. 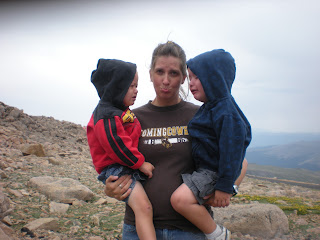 When they did wake up, they were not happy.  What? Texans don't like high altitude? It wasn't until some nice ladies (from Texas) let Matthew and Seth pet their dogs, that they actually calmed down. 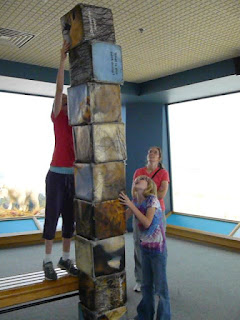 We visited the Denver Museum of Nature and Science 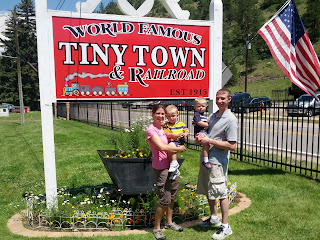 We stopped to ride a train and see some little houses. 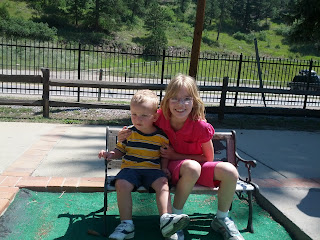 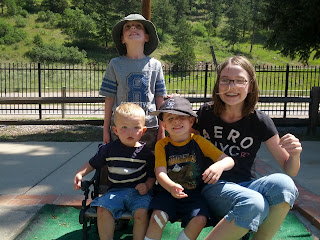 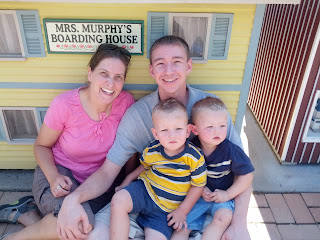 I didn't realize this until I put this picture up, but my parents live off of Murphy Gulch and they pretty much ran a boarding house while we there there.  ;) Thanks GramO and GrampO!!