I have very few things on my "bucket list"(if you could call it that), but one of them was to see lots of hot air balloons. I talked Paul into taking the boys and me to Albuquerque, NM to see the Balloon Fiesta and their awesome balloons. My brother and his family live there, and my parents came down,so it was also a little reunion.
The start of the 10 hour trip was full of excitement and questions. Half an hour into the trip, we were already tired of the question "are we still in TX?". For those of you not familiar with a road trip in Texas, it can take days to get out of the state. This was not our first road trip, but each year Matthew and Seth become more aware of how much easier a plane trip would be. 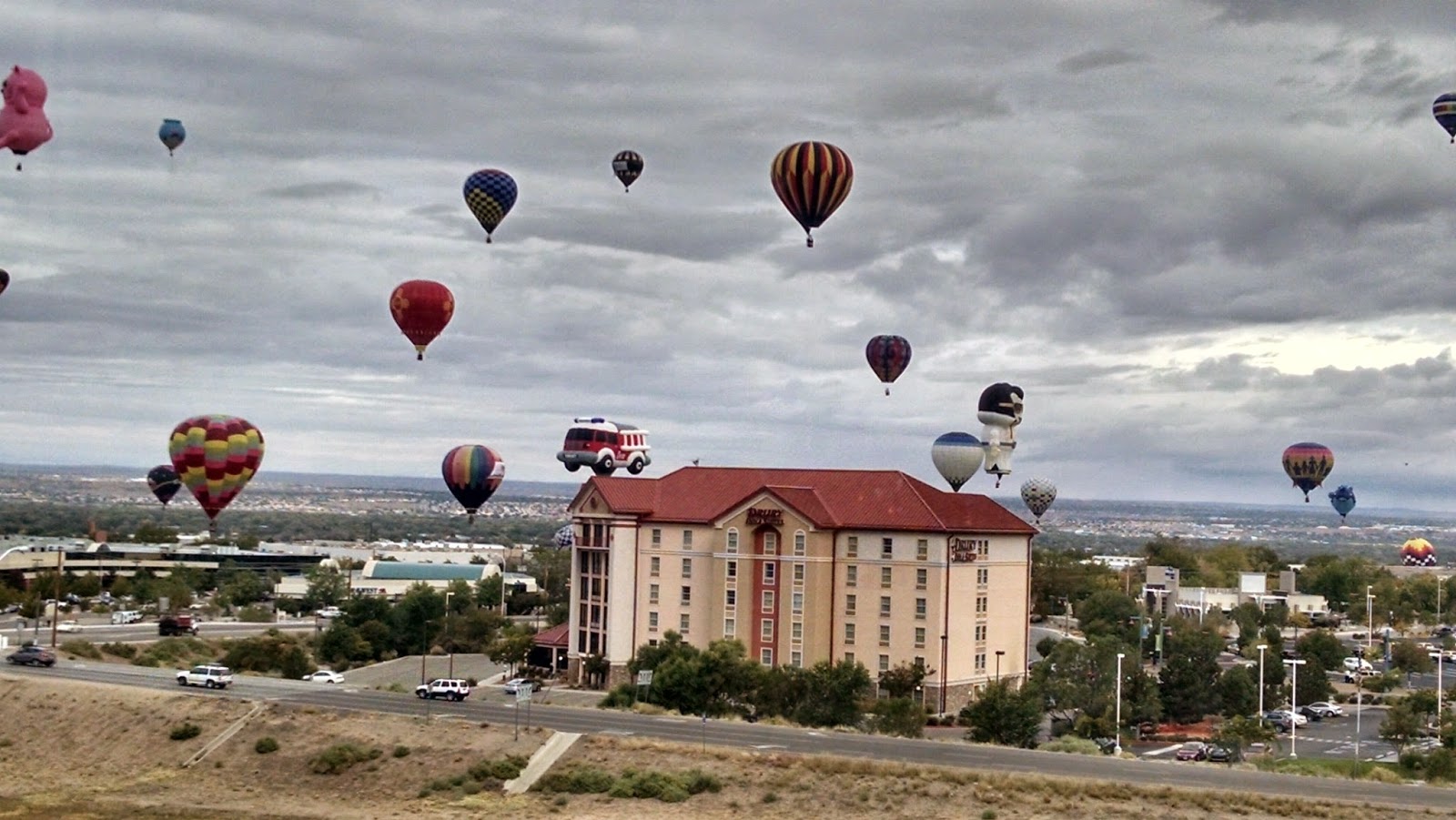 Friday night we attempted to see the Glodeo. When the weather is good you can see the balloons lit up and you can walk around them. It was rainy and windy so it was canceled.

Even though it was canceled, and we were wet, smiles were still had and we got to see an awesome fire works show. Plus we were hopeful we could try again Saturday night.
We spent Saturday at the hotel pool and ate lunch at a Japanese grill.

It was decided that we would again try for another Glodeo that night. All signs pointed to good weather, but then a huge wind storm came up, and again things were canceled. We were lucky enough to see a few more balloons this time. 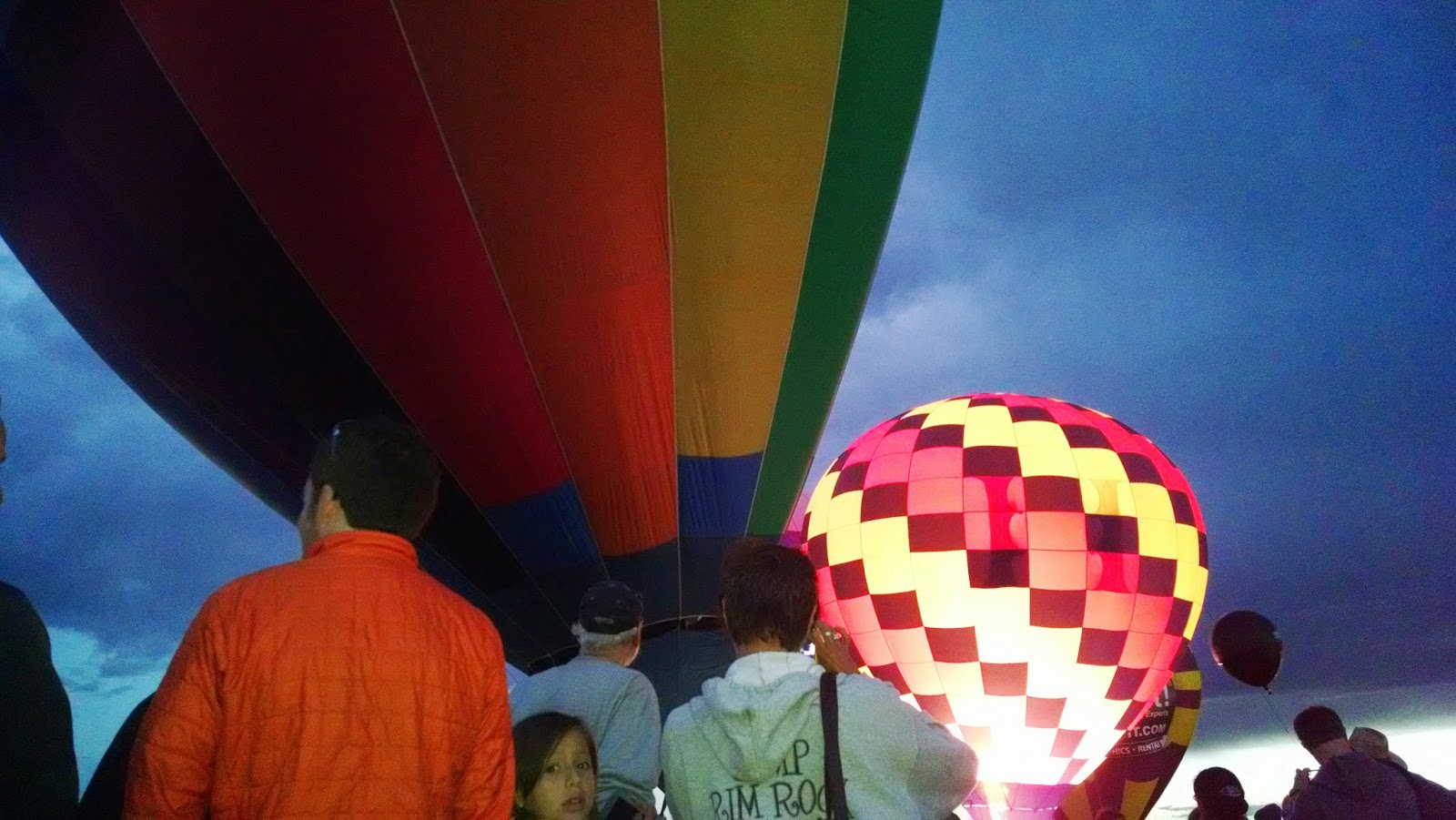 Then the wind came and what balloons were inflated came down. It was just not meant to be. Poor Kiara was especially sad since it was her birthday weekend. Luckily while we were scrambling to find shelter, we came across a small dolphin shaped balloon being swept away in the wind. Kiara and our boys ran after and managed to catch it. She was happy to have a souvenir.

Once again we were treated to another fire works show. Apparently wind and rain can't shut down the fireworks. 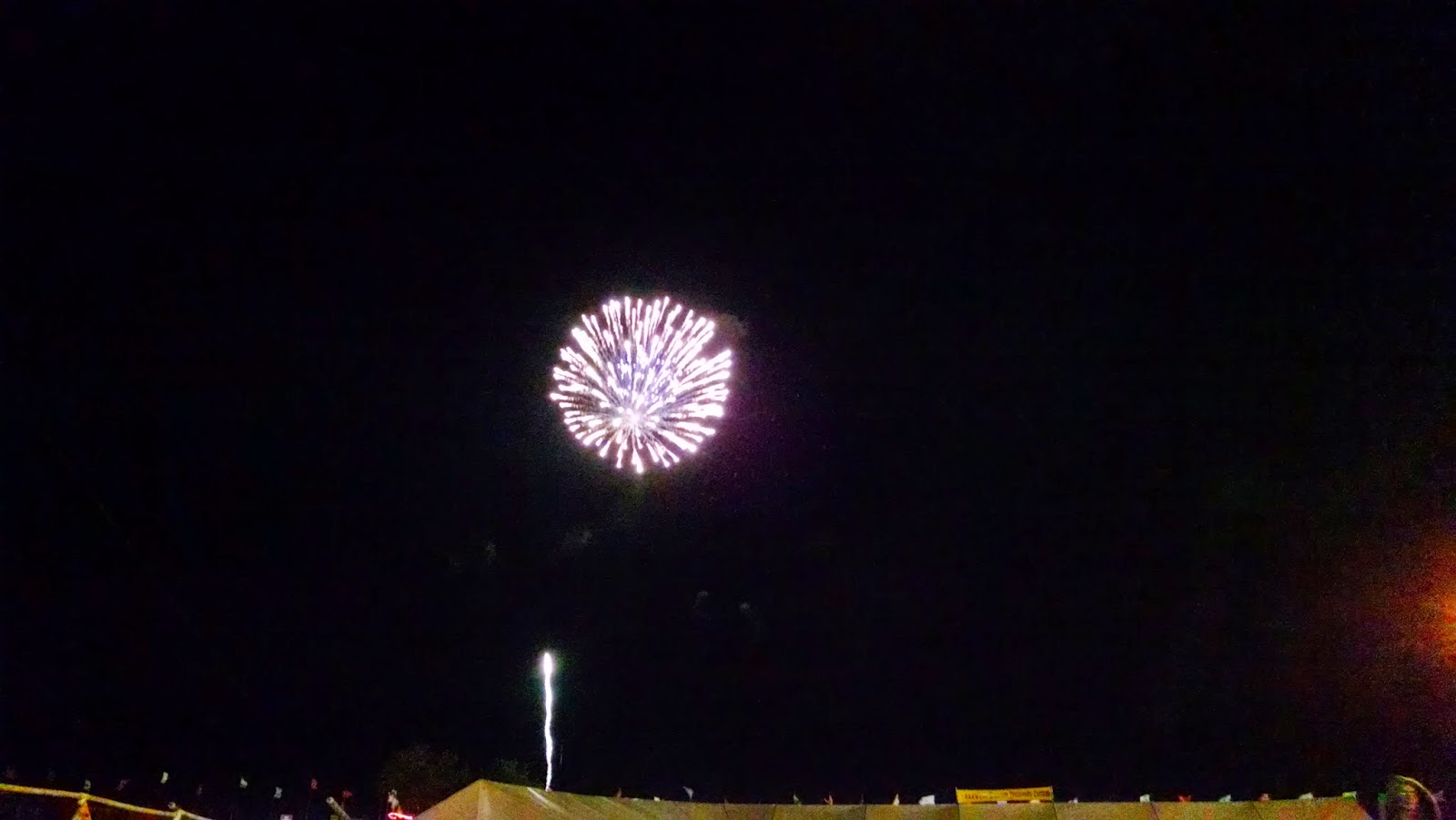 Sunday was spent trying to keep boys from tearing apart our hotel room while we waited for one o'clock church. We found a nearby park to get some energy out.

Sunday evening while we were hanging with Sean's family, Paul handed me some paper work to fill out. The paper work was a a liability release for taking a hot air balloon ride! Paul had been planning this for over three months trying to keep me from finding out. During the whole trip Paul kept mentioning what the weather would be on Monday. I kept saying who cared since we were supposed to be traveling home that day. He was worried that the flight might be canceled due to weather. And with our luck with the Glodeo's it was a real possibility it wouldn't work.


Monday morning Paul and I woke up super early and headed out. My parents were kind enough to also wake up early and watch the boys for us. 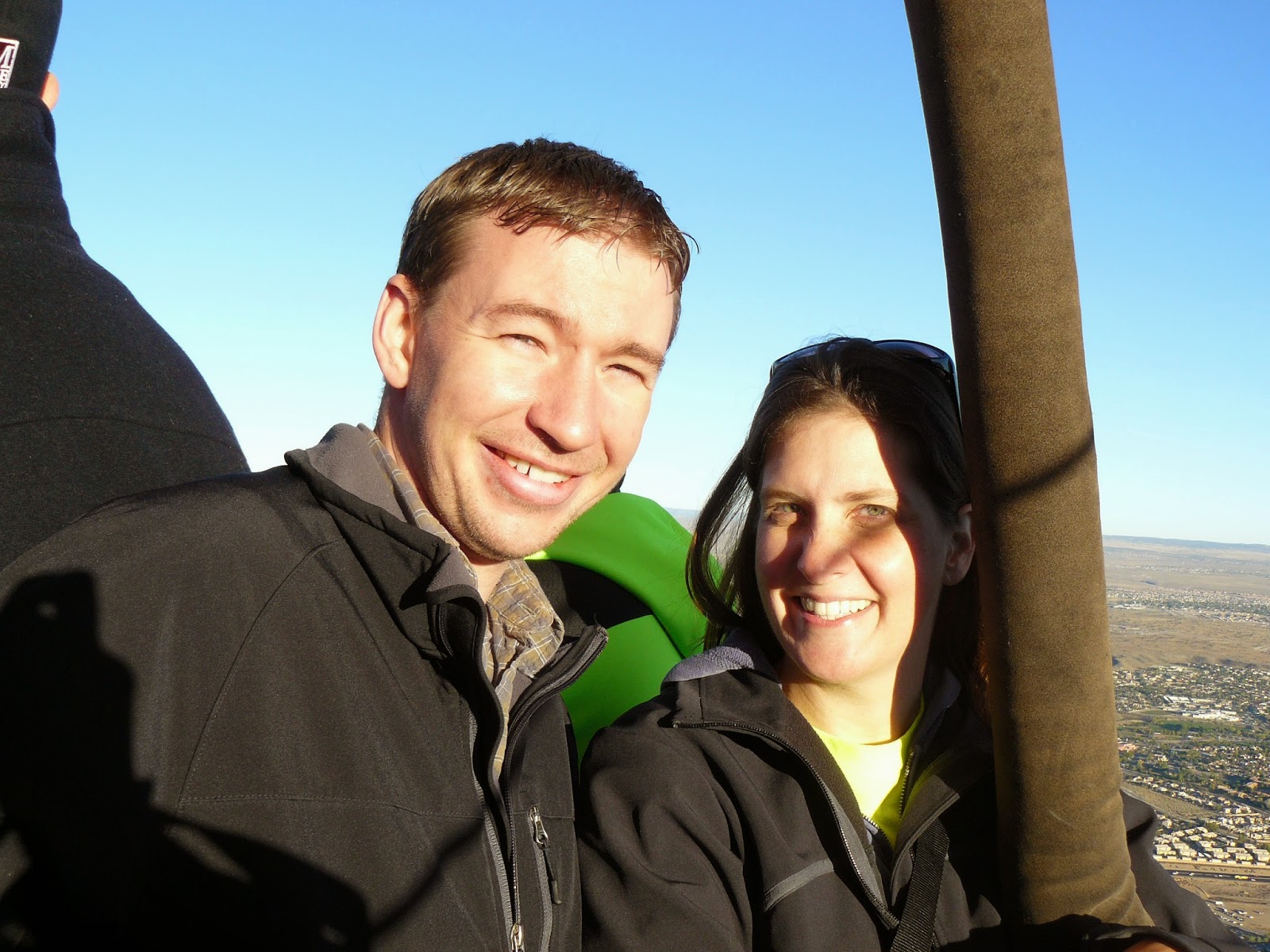 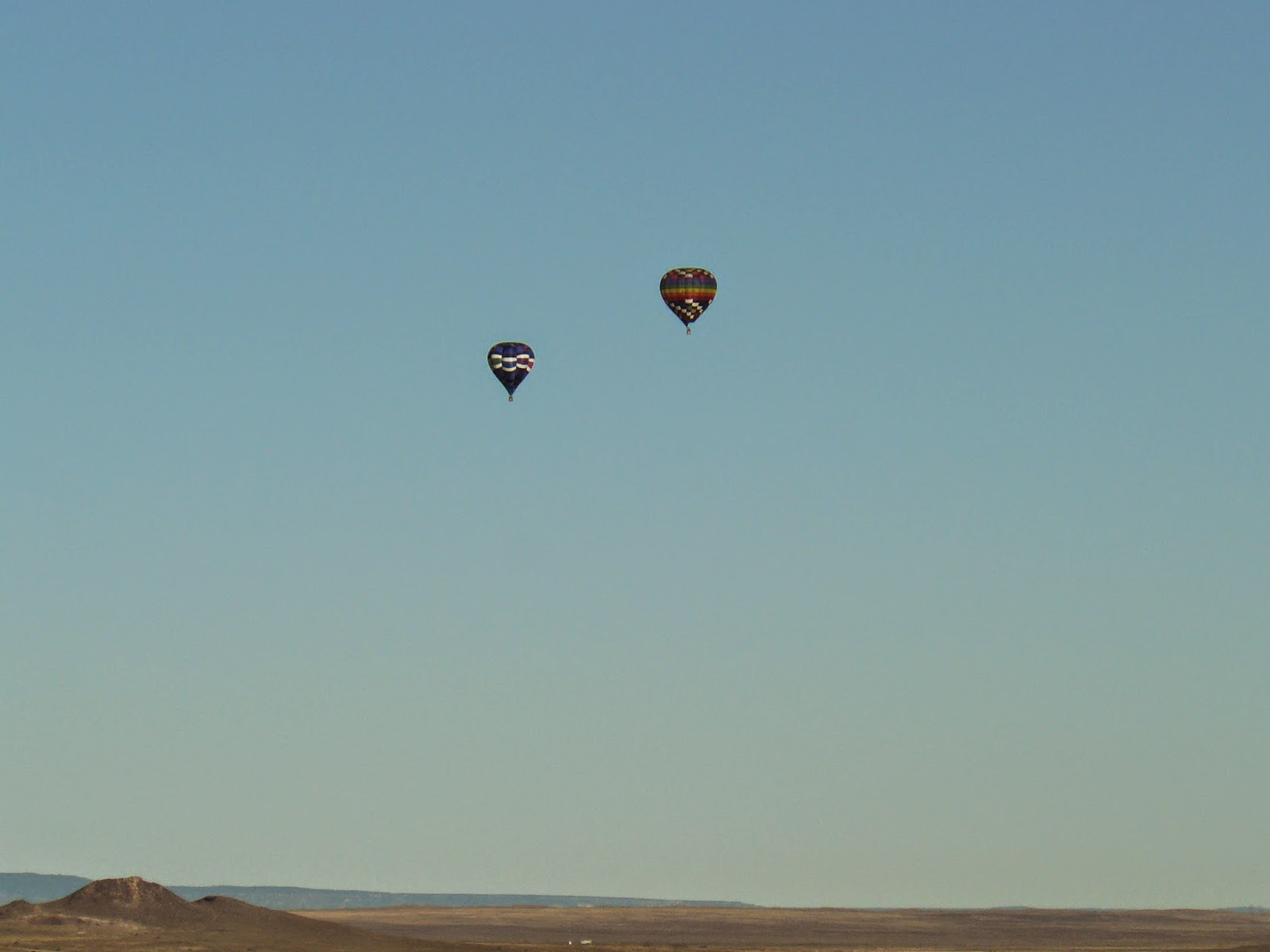 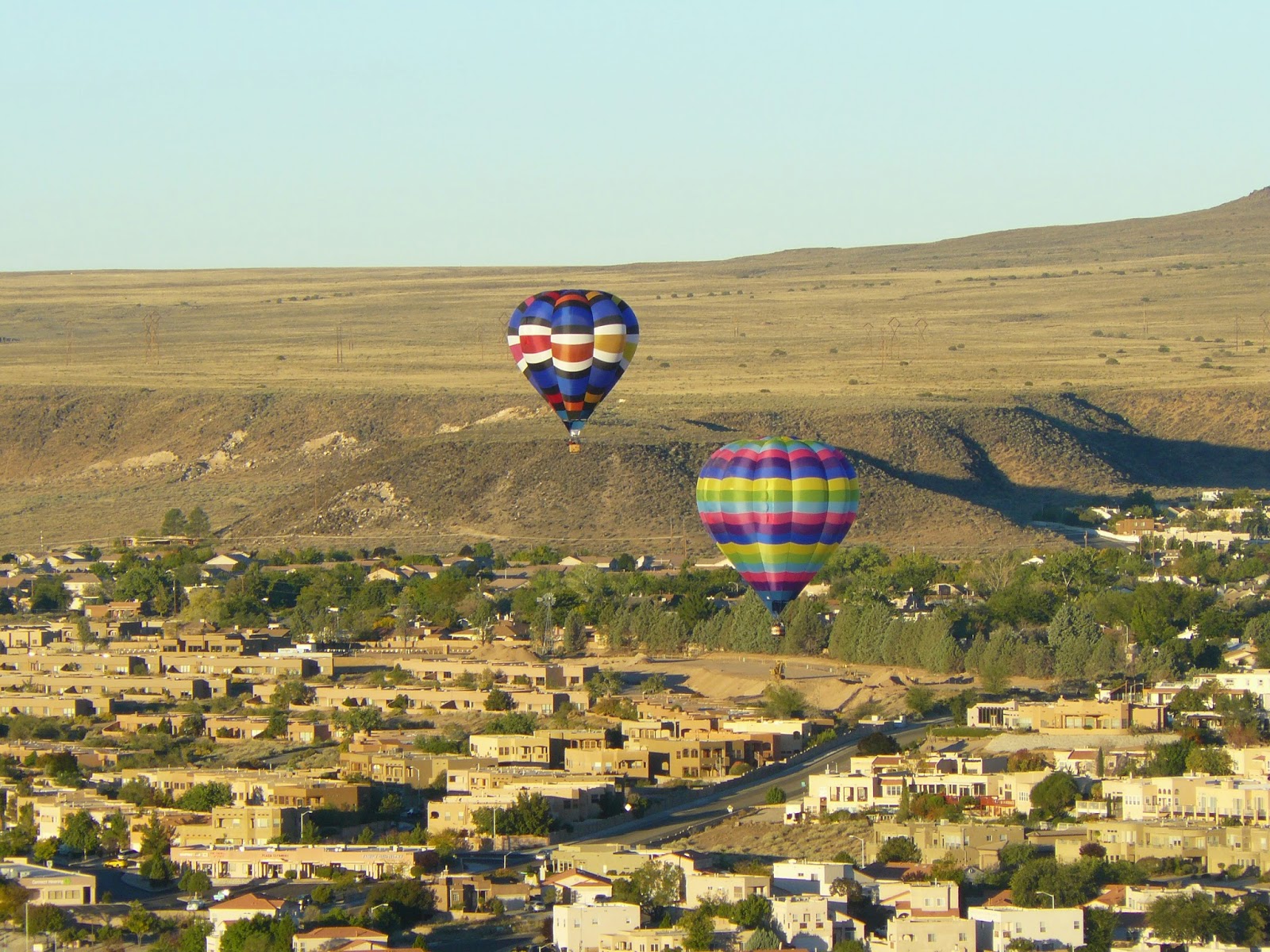 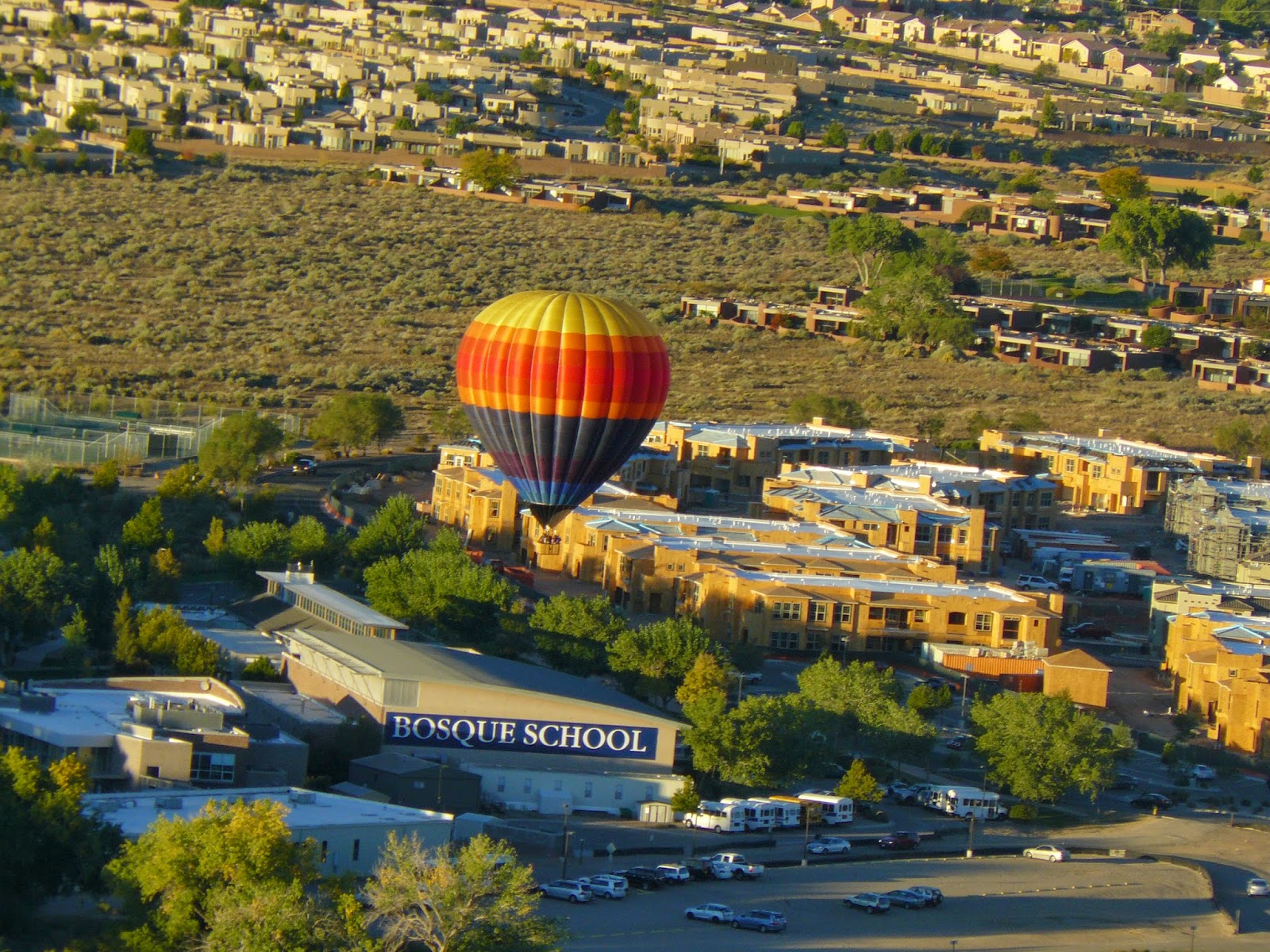 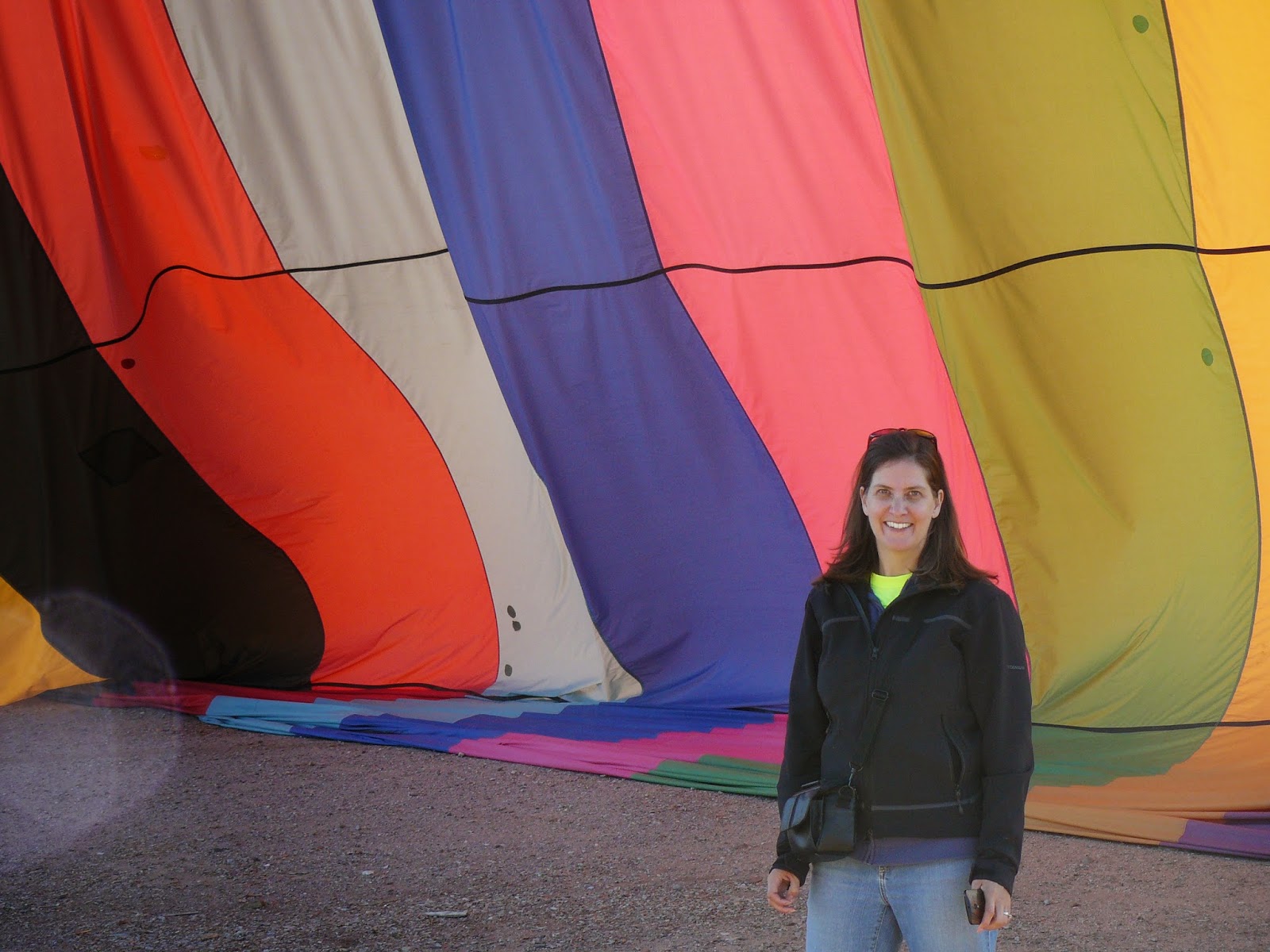 It was so much fun flying in a hot air balloon. I've always wanted to ride one, and to be honest I did not think I would ride one on this trip.When we first planned our excursion, I looked up balloon rides, saw the price and wrote it off. So Paul really surprised me!

The rest of the day was spent driving back to Texas. We didn't get home until 2 am and with our early wake up, it was a long day. BUT SO WORTH IT!